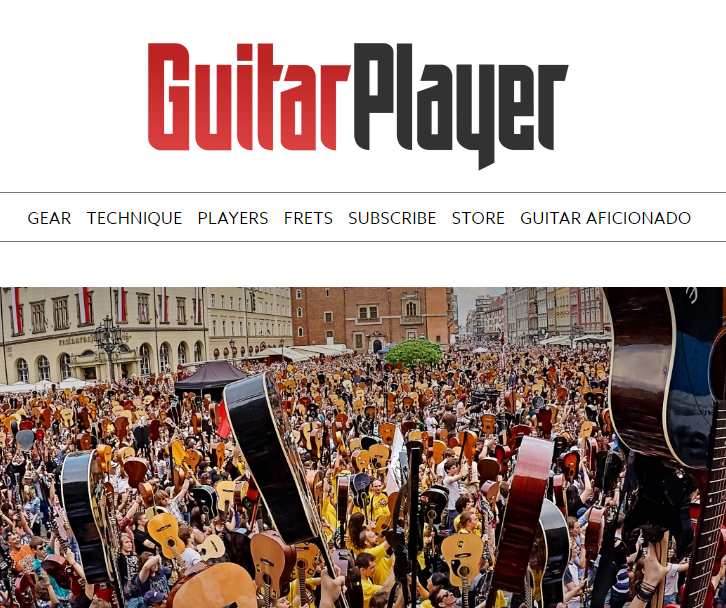 The 16th annual Wroclaw, Poland, Guitar Guinness World Record Festival kicks off on May 1, 2018. Each year, thousands of guitar players descend on Wroclaw’s beautiful Market Square to strum along to Jimi Hendrix’s version of „Hey Joe,” and attempt to break the Guinness World Record for Largest Guitar Orchestra.

I was honored to be part of this benevolent guitar army in 2016, when 7,356 players broke the record. Unfortunately, the festival logged „just” 6,299 players last year, and the throng failed to best its own record.